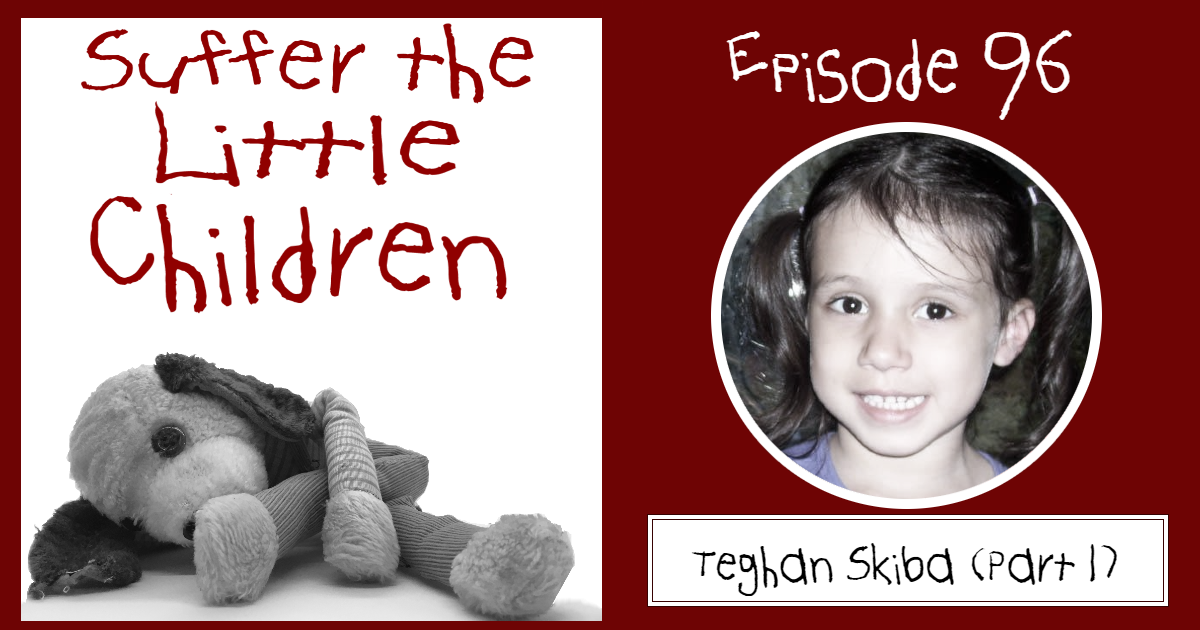 In July of 2010, Helen Reyes left for Army reserves training, leaving her boyfriend of six months, 21-year-old Jonathan Richardson, to care for her four-year-old daughter, Teghan Skiba. Over the next ten horrendous days, Jonathan kept Teghan confined in a shed on his grandparents’ property in Smithfield, North Carolina and subjected the four-year-old to every imaginable form of physical, psychological, and sexual torture. When she became unresponsive on July 16, 2010 after a blow to the head, Jonathan took her to the emergency room with injuries so severe and horrifying that one nurse physically attacked him.

This is the story of a four-year-old girl who loved her family, Disney princesses, and playing outside on sunny days. It’s also the story of a demented young man who, for whatever unfathomable reason, spent ten days in a shed torturing a little girl whose body only gave out after suffering countless bruises, welts, broken bones, lacerations, and human bite marks.

This is part one of the horrific story of Teghan Skiba.