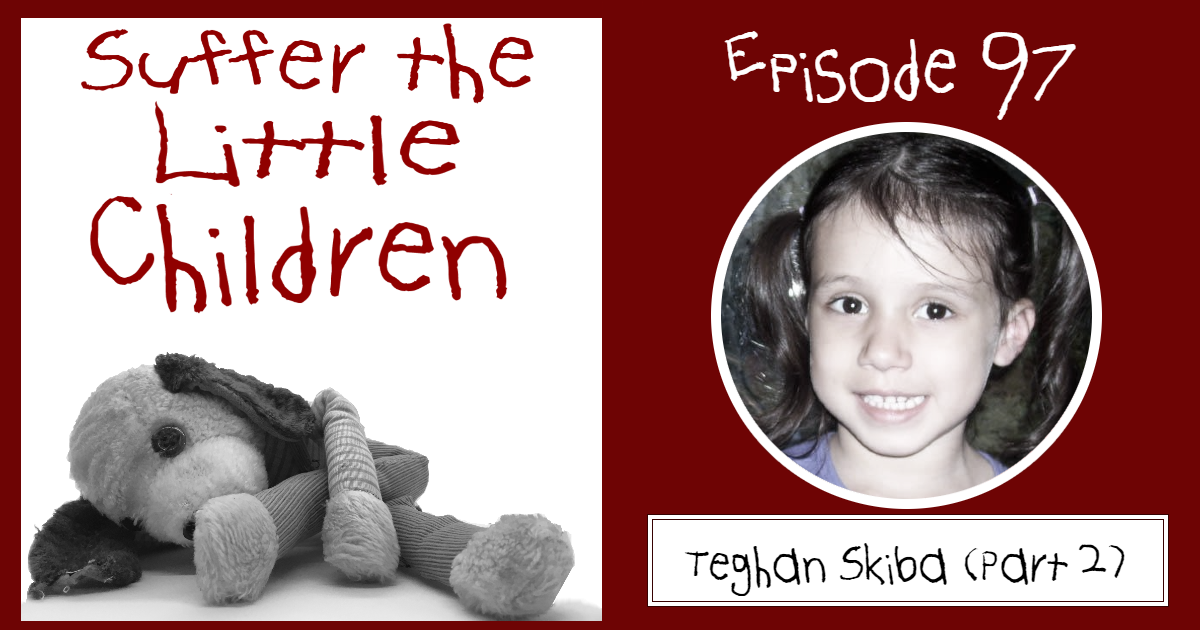 Last week, I told you the first part of the story of Teghan Skiba, who was left to live in a shed in Smithfield, North Carolina for a week in July of 2010. During that week, her mother’s boyfriend, 21-year-old Jonathan Richardson, subjected the four-year-old to every imaginable form of physical, psychological, and sexual torture. When she became unresponsive on July 16, 2010 after a blow to the head, Jonathan took her to the emergency room with injuries so severe and horrifying that one nurse physically attacked him.

This is the story of a four-year-old girl who loved the color purple, spending time with her grandparents, and fingerpainting. It’s also the story of her torture at the hands of a sadistic young man who spent ten days breaking Teghan’s mind, body, and spirit, only stopping when Teghan’s body gave out after suffering countless bruises, welts, broken bones, lacerations, and human bite marks.

This is part two of the horrific story of Teghan Skiba.