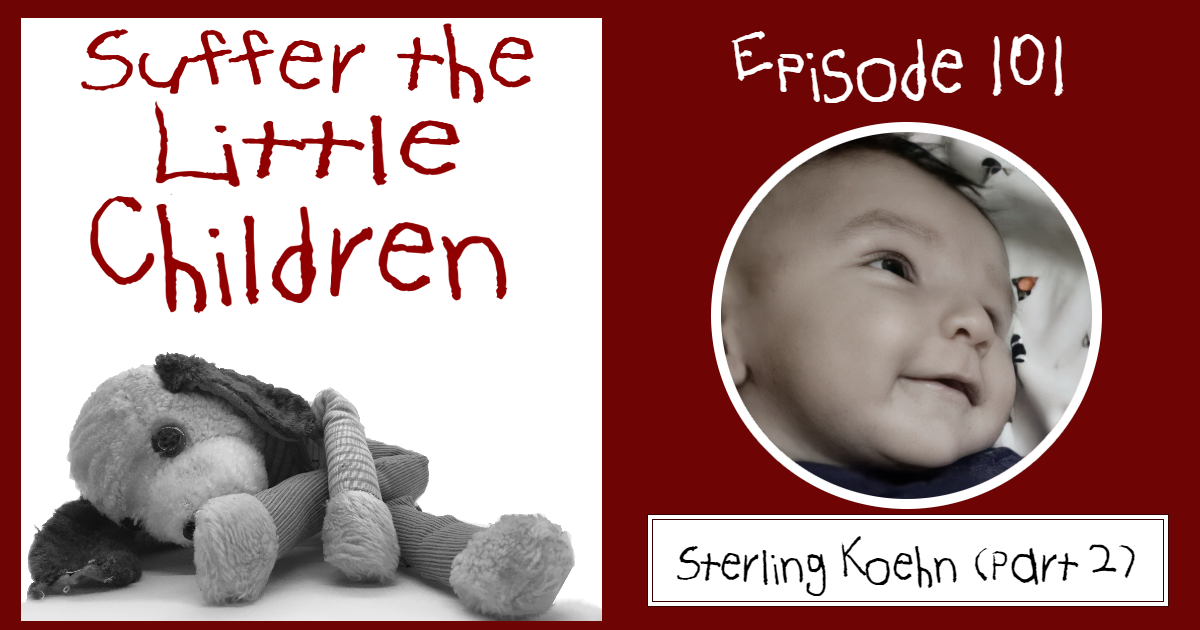 Last week, I began telling you the story of four-month-old Sterling Koehn, who was found dead in an infant swing in his dark, sweltering bedroom on August 30, 2017. An investigation determined that Sterling had not been fed, changed, bathed, or moved from the swing for between nine and fourteen days prior to his death, which was caused by malnutrition, dehydration, and an infection from severe diaper rash. Both of Sterling’s parents, Zachary Koehn and Cheyanne Harris, were arrested and charged with their son’s murder. In this episode, I will tell you the rest of Sterling’s story, including the results of both Zachary and Cheyanne’s trials.

This is the story of a baby boy whose parents valued their meth use and the care of their toddler daughter over the life of their newborn son. It’s also the story of a little boy who was doomed from the start but whose tragically short life touched the hearts of people around the world and who will never be forgotten.

This is part two of the horrific story of Sterling Koehn.