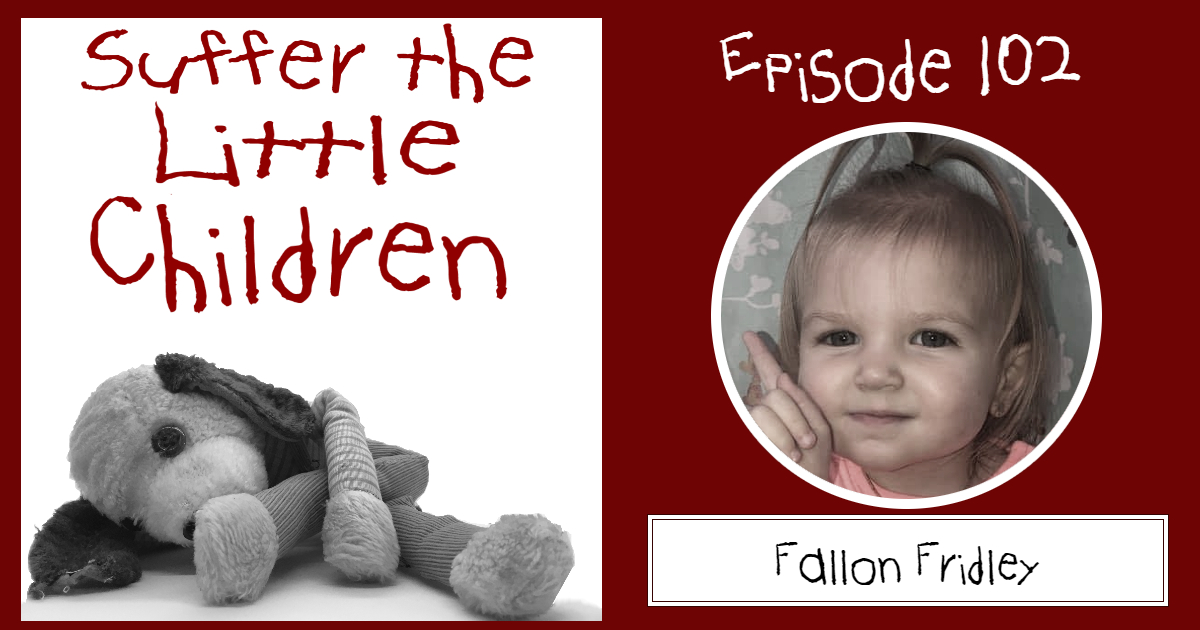 On December 9, 2020, in Sandy Springs, Georgia, two-year-old Fallon Fridley was spending the night at the home of her babysitter, who was also a good friend of Fallon’s mom, Kristin. The babysitter, Kirstie Flood, called 911 that evening to report little Fallon unresponsive, and Fallon was taken by ambulance to the hospital, where she was later pronounced dead. Kirstie claimed Fallon had taken a fall earlier that day at the playground, but after incriminating online searches were found on her phone, Kirstie was arrested two days after Fallon’s death. As Kirstie continues to await trial, additional damning information has been discovered by investigators, including video footage of the actual crime.

In this episode, you’ll also hear my conversation with Fallon’s heartbroken mommy, Kristin Gantt, who told me about her special little girl and how her loss has affected her family.

This is the tragic story of Fallon Fridley.