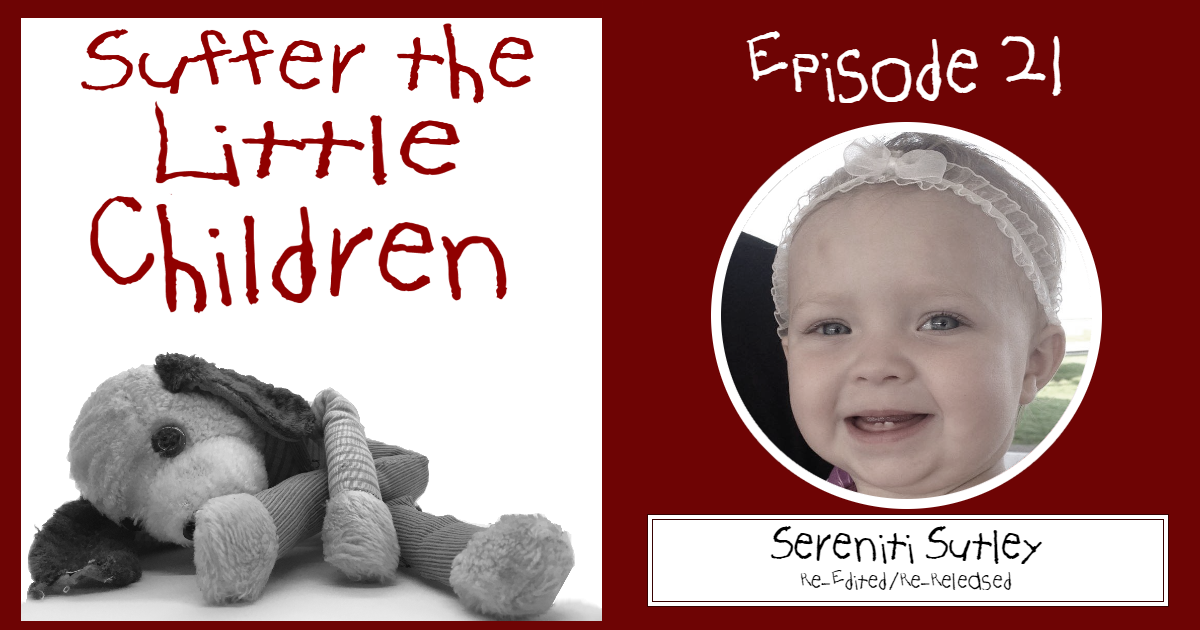 On October 7, 2017, 22-year-old Kelsie Blankenship burst out of her Conneaut, Ohio apartment, carrying the limp body of her almost-13-month-old daughter, Sereniti, and screaming for help. It was too late, however, and Sereniti was pronounced dead at the hospital. After both Kelsie and her live-in boyfriend, 37-year-old Joshua Gurto, were questioned, Joshua went on the run, resulting in a 3-week manhunt that culminated with his capture in Franklin Park, Pennsylvania. He was charged with the rape and murder of his girlfriend’s baby girl. A full year later, Kelsie Blankenship was apparently blindsided when she, too, was arrested in connection with her daughter’s death.

This is the horrific story of Sereniti Sutley.

(Note: This episode was originally released in July of 2020. This version has been re-edited for re-release.)