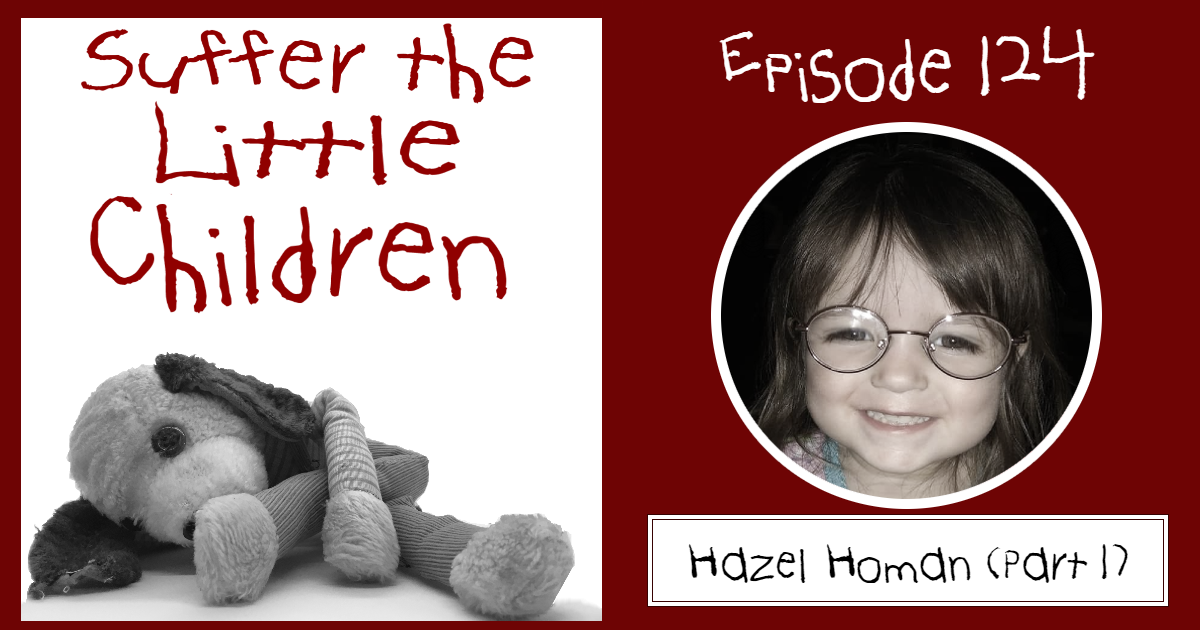 On November 27, 2019, 27-year-old Kamee Dixon called 911, saying her stepdaughter had choked and was unresponsive. Sadly, the damage to three-year-old Hazel Homan’s brain was not survivable. After police found evidence of a pattern of abuse, Kamee was arrested and charged with her murder.

This is the story of how child protection agencies failed a little girl who was removed from her parents’ custody, placed with her grandparents for a year and a half, and returned to her father’s home in June of 2019, only to die five months later. It’s also the story of a precious three-year-old girl with long brown hair, pinchable cheeks, and big brown eyes who loved Baby Shark, chicken nuggets, and playing with her toy ponies.

This is part one of the heartbreaking story of Hazel Homan.