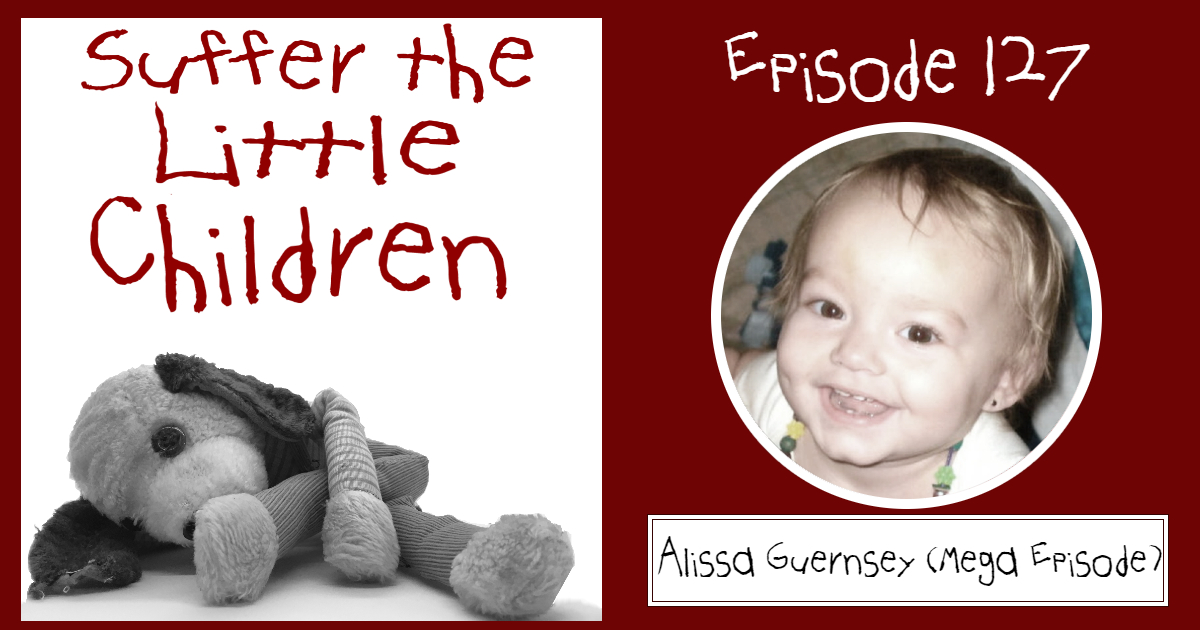 In episode 8, I covered the story of 16-month old Alissa Guernsey, who died in 2009 while in the care of her mother’s cousin, Christy Shaffer. Alissa’s death was ruled a homicide caused by blunt force trauma. The police had only one suspect: Christy. However, Prosecutor Jeff Wible charged her with nothing more than neglect, and the judge let her out of jail after a mere 77 days. In the first segment of this episode, you’ll hear episode 8 as it originally aired, in which I tell Alissa’s tragic story.

In the second segment, you’ll hear episode 25, in which you’ll hear the unprecedented telephone interview Jeff Wible granted me in August of 2020.

This is a story in which small-town politics, corruption in the justice system, grassroots activism, and the utter miscarriage of justice intertwine. This is Episode 127: Alissa Guernsey (Mega Episode).

Photos related to today’s episode can be viewed on Facebook (in the albums for episodes 8 and 25): https://www.facebook.com/sufferthelittlechildrenpod