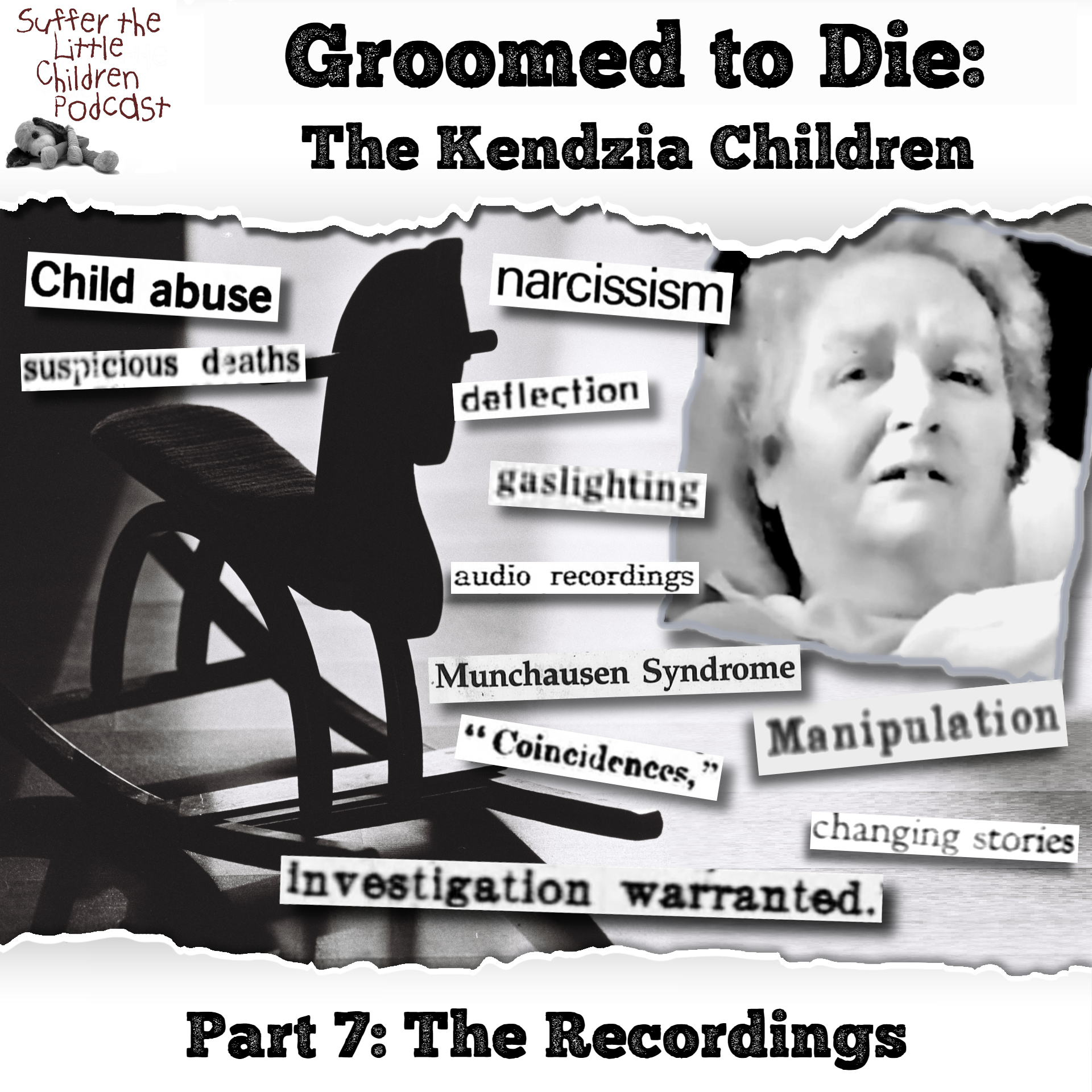 I’ve spent weeks telling you about the countless alleged crimes committed by Susan Lee, formerly known as Susan Stevenson, Susan Cook, and Susan Kendzia. I’ve told you about her charges for the murders of her two adopted infant sons, Michael and Kevin, and her subsequent trial; the chronic, inexplicable illnesses suffered by Susan’s daughter, Shain, throughout her first 28 years; and Susan’s alleged abuse of her own children, her step-sons, the children she babysat, and the third infant she was, incredibly, allowed to adopt after the first two died under suspicious circumstances.

In the final part of this miniseries, you’ll hear from Susan herself. In early 2022, thinking Susan was near death, her daughters began recording their conversations with her in case she decided to confess to her crimes while on her deathbed. As it slowly became clear that Susan wasn’t dying and her daughters began to suspect that her poor health and “dementia” were a ruse, they continued to record her ever-changing stories and surprising admissions.

This is Part 7: The Recordings.

Burn It Down MBP on Tiktok: https://www.tiktok.com/@burnitdownmbp

Please help make the show my full-time gig to keep the weekly episodes coming! By supporting me on Patreon, you’ll also access rewards, including a shout-out by name on the podcast and exclusive gifts. Pledges of $5 or more per month access ad-free versions of my regular Wednesday episodes. Pledges of $10 or more per month access a small but growing collection of Patreon-exclusive bonus minisodes!

You can also support the show at Ko-fi.com/STLCpod.