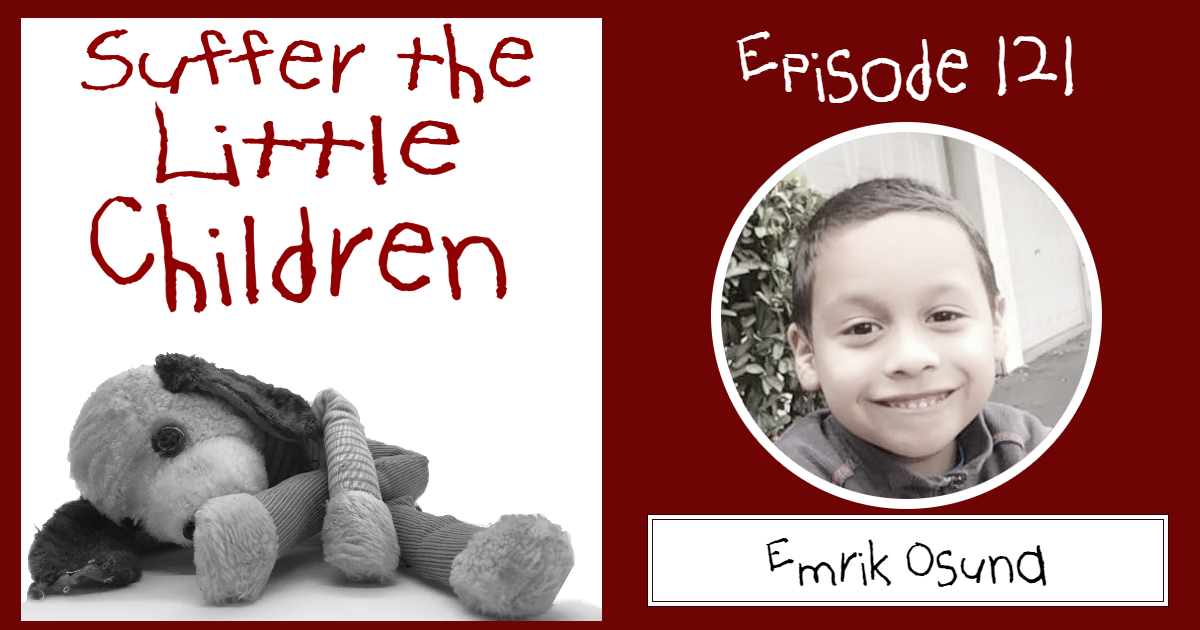 When an unresponsive nine-year-old boy died shortly after his arrival at a hospital in Boise, Idaho, it was obvious there was nothing natural about his death. Emrik Osuna was severely emaciated at barely forty pounds and covered from head to toe in extensive bruising. Police discovered hours of footage from nanny cameras set up in the family’s apartment that sealed the fates of Emrik’s killers.

Erik and Monique Osuna, Emrik’s father and stepmother, were both arrested. Monique was accused of systematically torturing Emrik for months, forcing him to exercise for hours, beating him with various objects, and withholding food while the rest of the family ate in front of the starving boy. Erik was accused of watching and doing nothing while his wife tortured his son to death.

In this episode, we also hear from Irene Zepeda, Emrik’s maternal aunt, who told me about some of the challenges Emrik faced and shared her favorite memories of her beloved nephew.

This is the unimaginable story of Emrik Osuna.