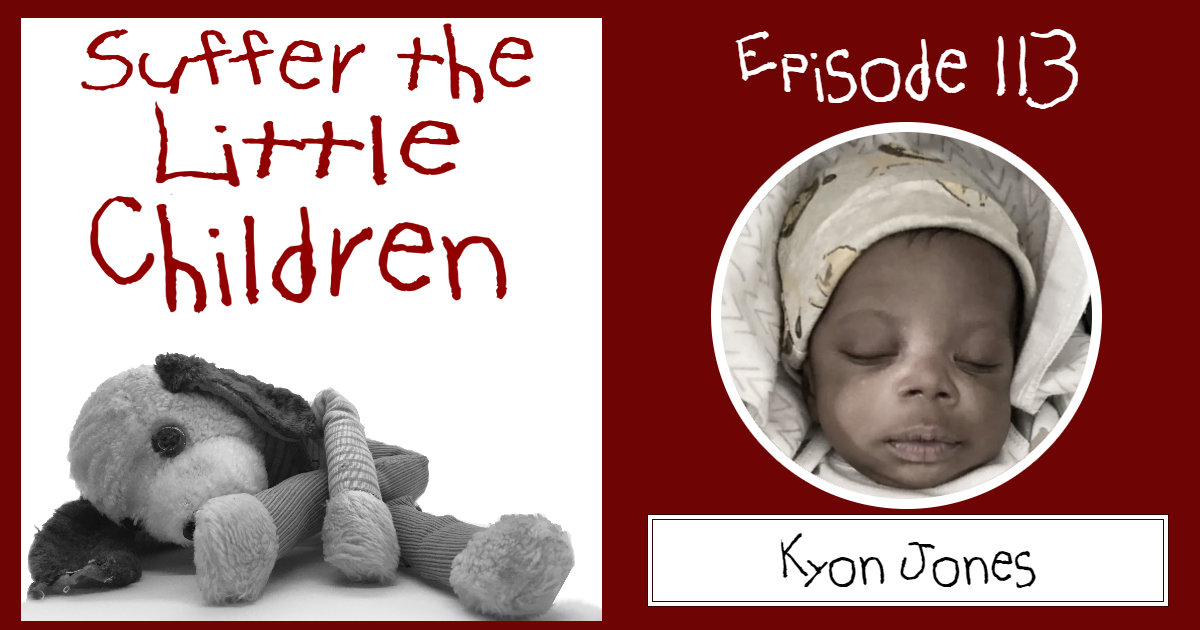 On May 7, 2021, a helpless seven-week-old infant was reported missing from his mother’s apartment in Washington, DC, but police were alarmed when they learned that baby Kyon Jones had been gone for two days by the time his disappearance was reported. After his mother gave several conflicting statements, both to police and to the public through a Facebook live interview with a local activist, it became clear that Kyon would not be located alive.

This is the story of a baby boy who never stood a chance. It’s also the story of a woman whose problems with drugs, alcohol, domestic violence, and mental illness made her the very last person who should be a parent, but who gave birth to several children, the last of whom was baby Kyon.

This is the frustrating story of Kyon Jones.

Note: I recently told Kyon’s story in Patreon-exclusive bonus minisode #7, but in light of recent events surrounding Kyon’s case, I decided to adapt that minisode into a regular podcast episode.

Links mentioned in this episode: